Gaslighting is a word used to describe deliberate psychological manipulation of one person by another.

The word originated from the name of a 1944 Movie called Gaslight. In the movie the wife, Paula, was deliberately manipulated by the husband into believing she was going mad. He had a motive for doing so because he was searching for priceless jewels which were hidden in the house by her great aunt and didn’t want her to know what he was up to.

Often Gaslighting occurs in situations where one partner is doing something they don’t want the other to know such as extra marital relationships or even whole other lives or gambling or other activities that they are trying to hide.

Sometimes they do it as part of an effort to maintain the control in the relationship and prevent their partner from being independent and able to leave them.

How does Gaslighting Occur?

When using this form of manipulation of others the gas lighter denies the reality of what someone is experiencing.

In the movie the villain would frequently go up to the attic to search for the jewels and turn on the gas lights up there. That would cause the lights in other parts of the house to flicker and dim.

When his wife mentioned it he denied that it was happening and caused her to questioned her sanity gradually driving her to doubt herself and her ability to tell what was real.

That is often how gaslighting starts. The person doing the gaslighting is caught doing something they shouldn’t like having an affair or some other behaviour that they might be justifiably questioned on.

Rather than being honest about it when caught out, they deny it in a way that it turns the tables on the person who is questioning them.

Another example is when they make nasty comments and then deny that they intended it in that way or claim they were only joking.

They do this consistently and over time it can significantly undermine someone’s mental health.

Shaggy’s song and video clip It Wasn’t Me is a very good example of this type of gaslighting.

The intention of gaslighting is to make you doubt yourself.  It makes you easier to manage and control if you mistrust your own judgement.

If you doubt your own judgement you are more likely to be indecisive and willing to hand over control over decisions (and the power in the relationship) to the other person.

In doing this the manipulator maintains control by presenting themselves as the sane and reasonable person who needs to make the decisions for you. They often maintain an outwards appearance of the long-suffering carer for a mentally challenged or disabled spouse while in private deliberately manipulate and control.

They may sell this perception to other people around you as your behaviour may become erratic and you appear confused because you are being manipulated into ignoring the reality of you your situation.  They seem calm and reasonable because they are in control of the distortion of reality.

The types of things that a person who is gaslighting will say frequently are:

How can we help?

Gaslighting is a form of family violence and isn’t something that you need put up with. Contact us for a free Safety Planning Session Find out more about Safety Planning

Trying to negotiate by yourself with someone who has a history of this type of behaviour is not a good strategy.

It is likely you will find it difficult to manage so having a professional mediator to facilitate the negotiation process is going to be better. Find out more about Family Dispute Resolution.

A coach is also a great investment.  Our New Ways Coaches understand the challenges of behaviour that you may be dealing with and also how to help you from becoming a “high conflict case” spending years fighting in the family court. Find out more about New Ways Coaching. 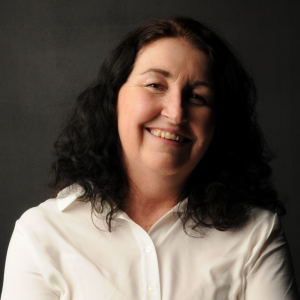 How Can I Attend Mediation If I Live Remotely?

With COVID19 many mediators have moved from face-to-face to online and/or telephone allowing them to reach people anywhere in Australia.

What is Family Dispute Resolution?

In this video Interact Support Practitioners Janis Bull and Craig Anderson talk about What is Family Dispute Resolution and who it is for.

In this post we explain the top three reasons to say yes to mediation and avoid more costly and less effective processes.

Most popular posts this month

Help our organisation by donating today! All donations go directly to making a difference for our cause.